This is the story behind my grandfather’s stone in Kirkmichael graveyard. Born in 1820, Hugh Munro moved to Resolis as a relatively young man and managed Poyntzfield Mains for an extraordinary 36 years, from 1851 to 1887.

His substantial headstone has a preferential location, hard against the east facing wall of the former kirk, looking down the Cromarty Firth. This is the last resting place of Hugh Munro, his wife Marion McKay and his unmarried children Christina, Charlotte and John. 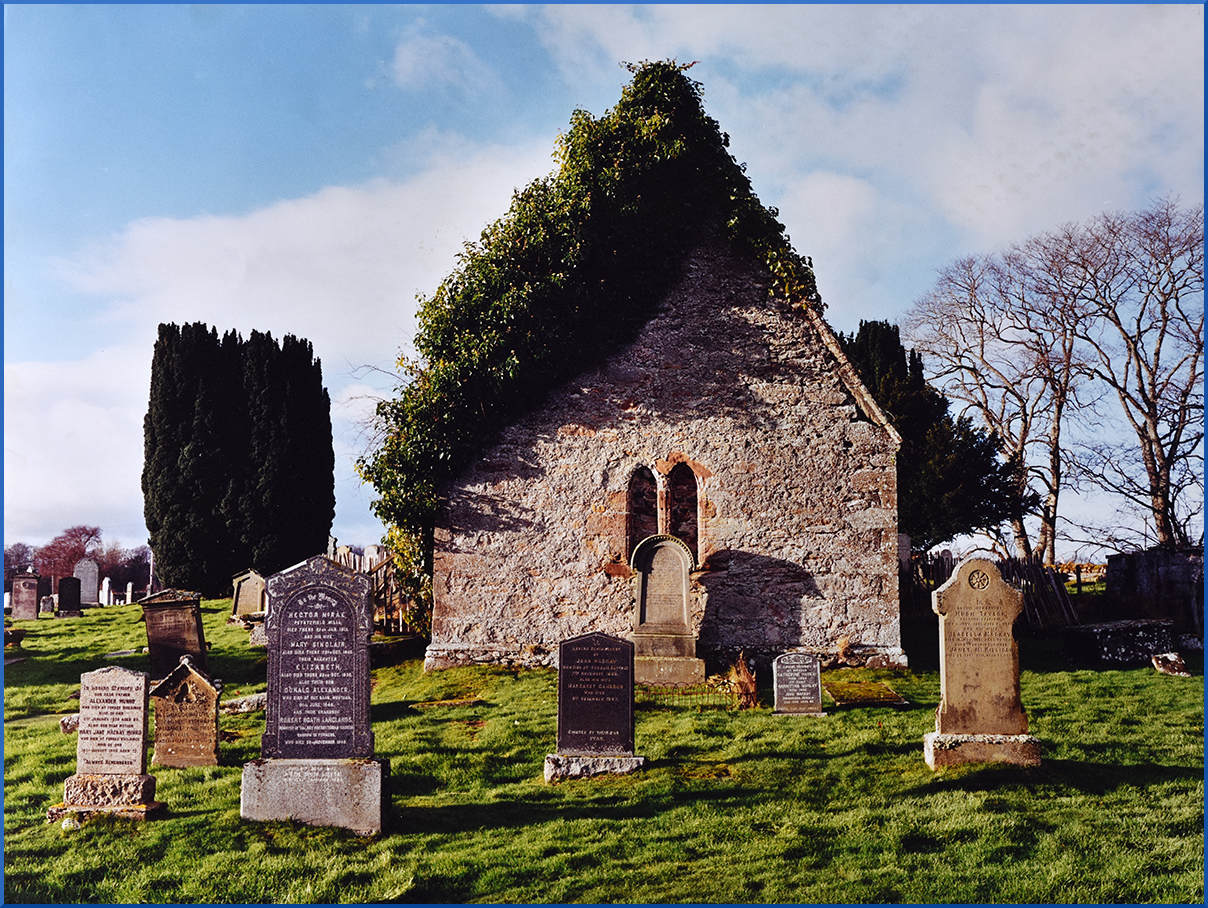 The Munro family headstone under the medieval twin lancet windows of the chancel of Kirkmichael; photo by Andrew Dowsett from some years ago!

Hugh was born in the parish of Logie Easter on 16 February 1820 to George Munro, carpenter at Calrossie, and to Catherine Fraser. For genealogists researching the family a word of warning: a mistake in registering his death introduced a spurious “Catherine Graham” as his mother, but the true surname of “Fraser” is shown in other reliable sources. Calrossie is in the parish of Logie Easter, about three miles south-east of Tain. By August 1827 there were five children in the family but George was dead, having died at Loandow in the parish of Fearn, before his final child was born. I can find no information about the family thereafter until the 1841 Census, but I know that Catherine was left with five children under the age of seven years.

By 1850 Hugh had moved to reside at “Balliskely” in the parish of Resolis. This was his home when, on 3 February 1850, he married Marion Mackay from Dornoch. Balliskelly is part of the Poyntzfield Estate. The 1851 Census has Hugh, a farm servant, living at Birks, but as Balliskelly is not given on the census and the Birks covered that general area it is possible he was still residing in the same house. With him in 1851 was his wife Marion (given here, and in several other register entries as “Maria”) and his two month old son George. The baptism register reveals his full name to have been George Innes Gun Munro, clearly named as a mark of respect after the proprietor of Poyntzfield Estate.

When Hugh died in 1887, an obituary said he had been for 36 years the manager at Poyntzfield Mains, so he must have been appointed to this position sometime in 1851. It may well be that although recorded as “farm servant” in the 1851 Census, he was in fact farm manager at this time. His family kept growing, the number of children reaching nine. 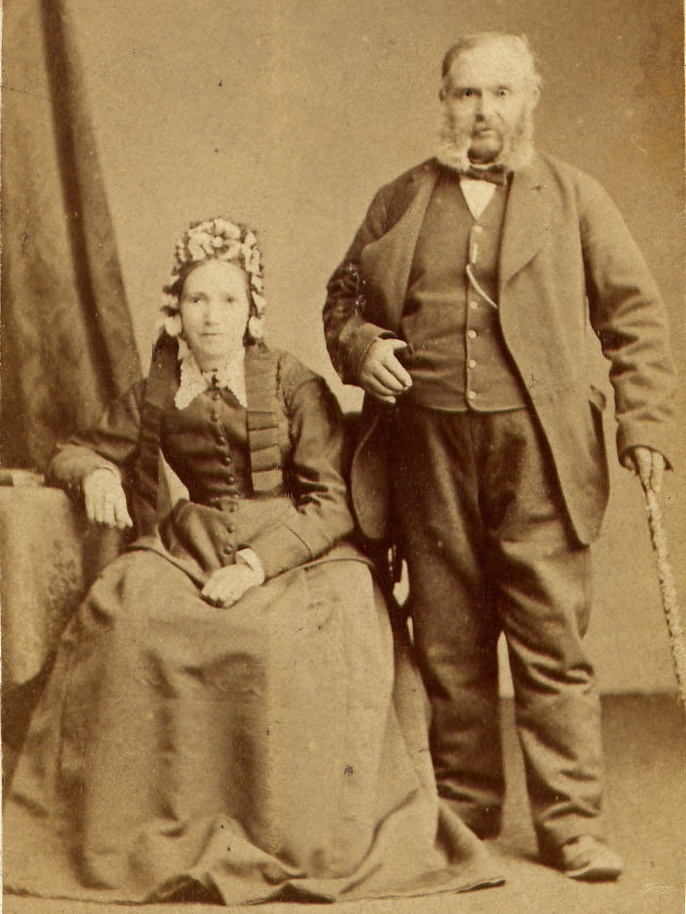 Hugh Munro and his wife Marion in their later years; photo courtesy of Fraser Hamilton.

By 1871, his eldest daughter Christine (known as Teenie) was a servant in Poyntzfield House, and young George was working on the estate himself, a ploughman to his father. In 1878 George, now a fitter with the Highland Railway, married in Inverness where he lived for the rest of his life. By 1881 second son John had trained as a carpenter but was living at home which he continued to do until his early death in 1906. In 1881 fourth daughter Anne was working as a dairymaid to her father at Poyntzfield. And in 1881 Hugh’s second daughter Charlotte had left home and was working as a nurse which she continued to do for the rest of her working life. Charlotte was most likely named after the “lady in the big house”.

On 18 June 1885 fifth daughter Jean emigrated to Canada, travelling cabin class on the S.S. Norwegian from Glasgow, arriving in Quebec on 4 July 1885. Jeannie was making for Bright, a small settlement in Ontario. Three years later was in China with the China Inland Mission Society. She married a missionary in Shanghai.

We think it was at some local event in recognition of this departure that local poet and master of ceremonies, Angus Munro, would have penned the following poem, no doubt recited at a temperance evening in Jemimaville or Poyntzfield itself:

The poem hints that Jeannie had had her troubles, and I wonder what tragedy was being referred to – perhaps a love who had died?

Hugh Munro himself did not live long after the departure of Jeannie. He died at Poyntzfield Mains on 12 March 1887 and was buried at Kirkmichael.

The following cutting, from the Ross-shire Journal of 25 March 1887, I found in a Bible:

The late Mr. Hugh Munro. Many will learn with regret of the death of Mr. H. Munro, manager of Poyntzfield Mains on the 12th. currt. Mr. Munro was for the long period of 36 years in charge at Poyntzfield where he endeared himself to master and servants by his honest and straightforward dealings, as well as gained the respect of all who knew him. Possessing a sound knowledge of agriculture, his advice was on many occasions solicited in matters of importance, and at ploughing matches his services were often sought as judge. Mr. Munro’s death was sudden and unexpected, his illness having only extended over a few days. His remains were accompanied to Kirkmichael burying ground by a large and respectable assemblage of friends and relations.

Hugh’s family now had to vacate the farm so the new manager could move in with his family. Hugh’s widow was given two cottages in Jemimaville by the owner of Poyntzfield where the family went to live. The cottages seem to have been put in the name of John, her son. They were called Marigold Cottage and Trenton.

On 6 July 1888 two of the family, Innes John Munro and Catherine, emigrated to Australia. Innes travelled steerage and Catherine cabin class. They were not allowed to have contact with each other during the entire trip of some six weeks. 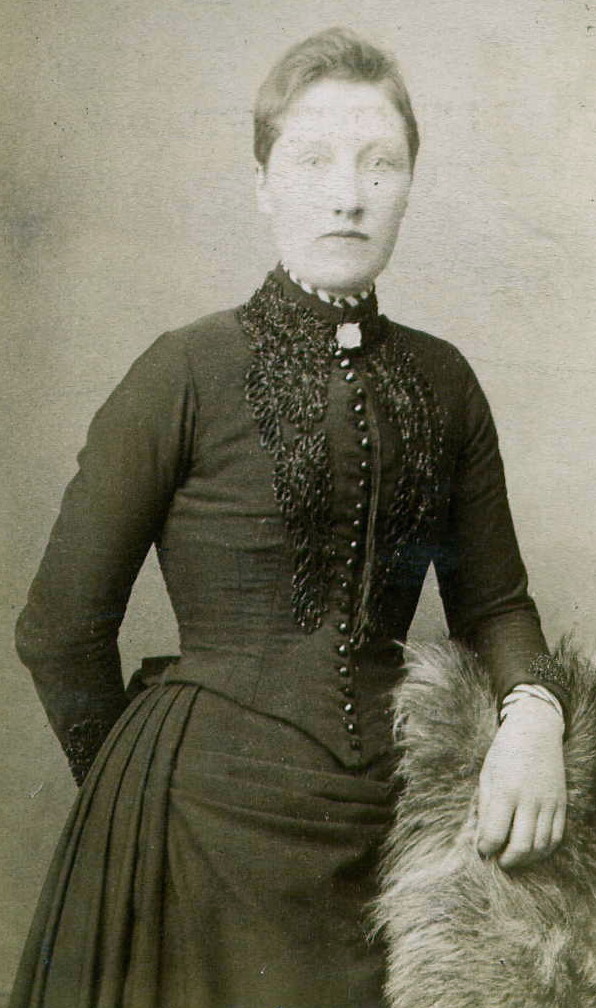 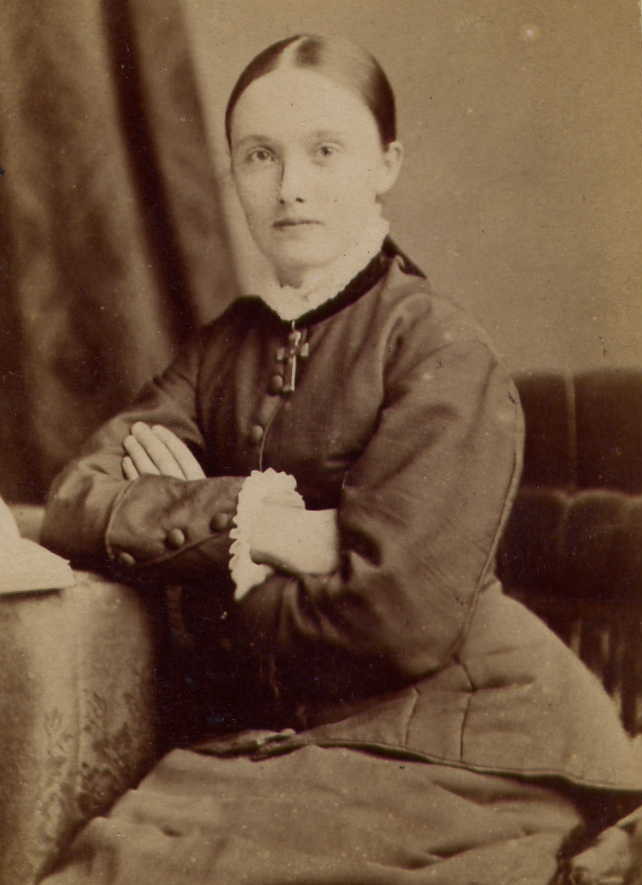 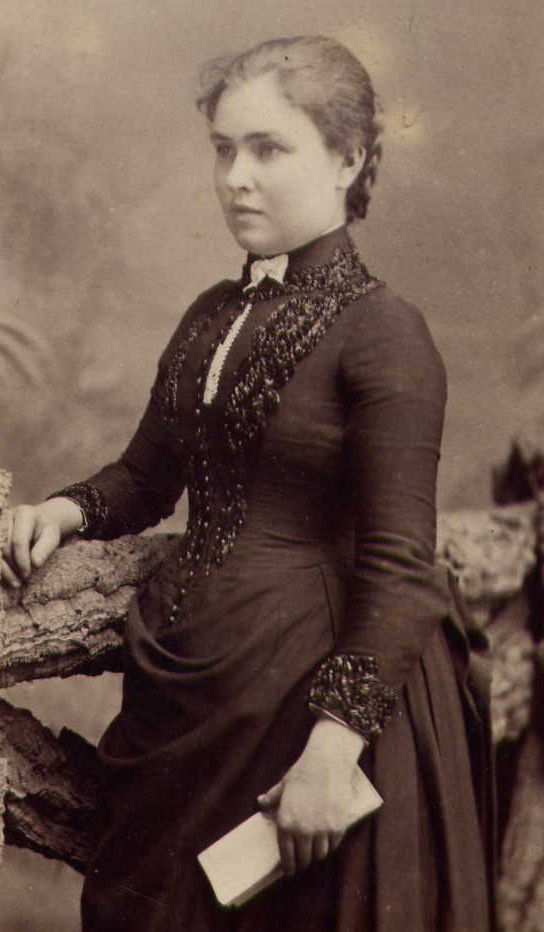 Four of the Munro girls, from left to right: Anne, Catherine, Charlotte and Emily. Photos courtesy of Fraser Hamilton.

The location and size of the family headstone in Kirkmichael, a tall sandstone monument, show the regard with which the family were held. 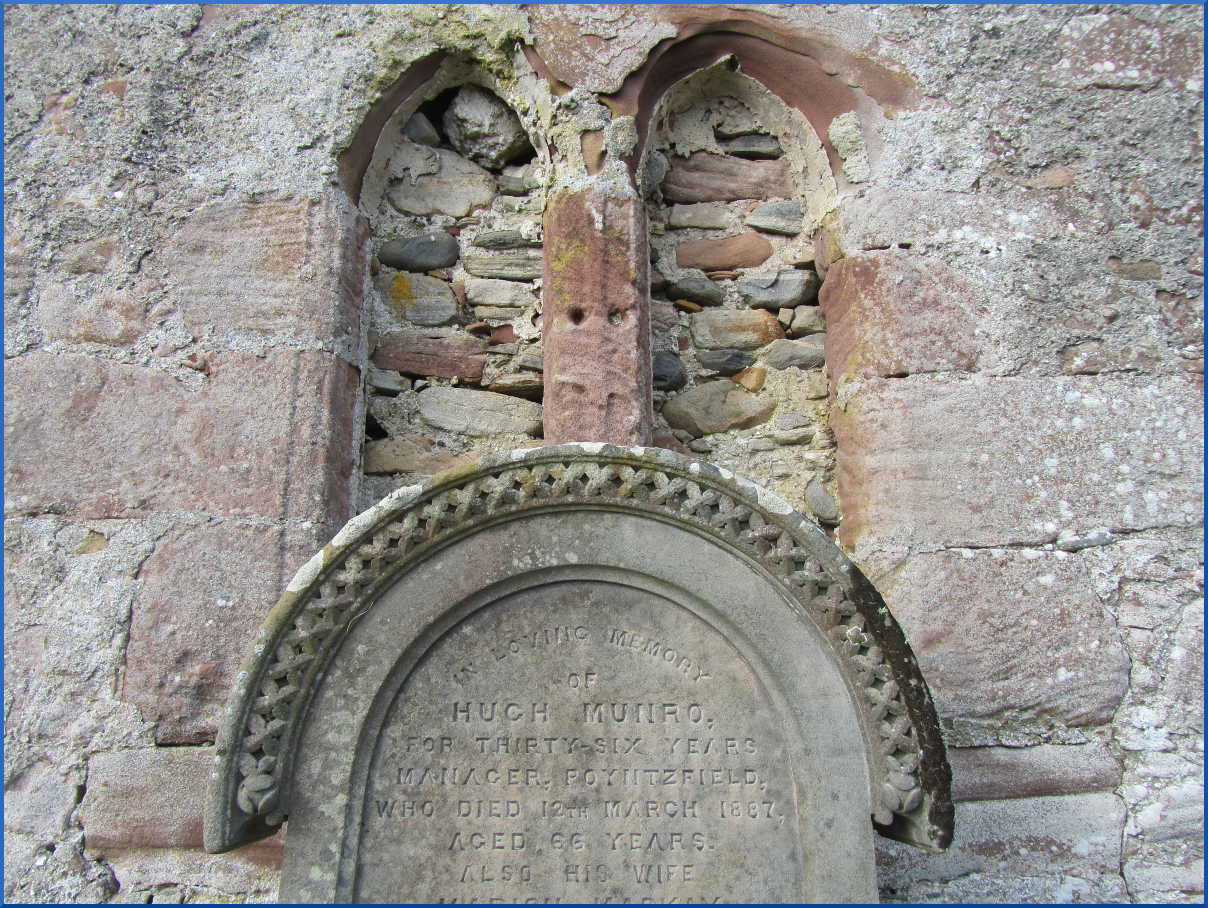 The arch and the tracery of the Munro family headstone complement the lancet windows; photo by Jim Mackay.