The Headstone with the Strange Base

We’ve found plenty of odd stones at Kirkmichael, but never one with such a strange base as this one. When we first recorded the Kirkmichael inscriptions, back in the 1990s, this square red sandstone memorial stood just to the north of General Fraser’s enclosure. You can pick it out in photographs of the era, as the square shape is quite distinctive. At some point a serious blow broke it clean off, and it was left face down in the soil. We shifted it to the wall of the enclosure for safe-keeping following the restoration of the buildings. The red spot below on the left is the top half, and the red spot below on the right is where the base was buried. 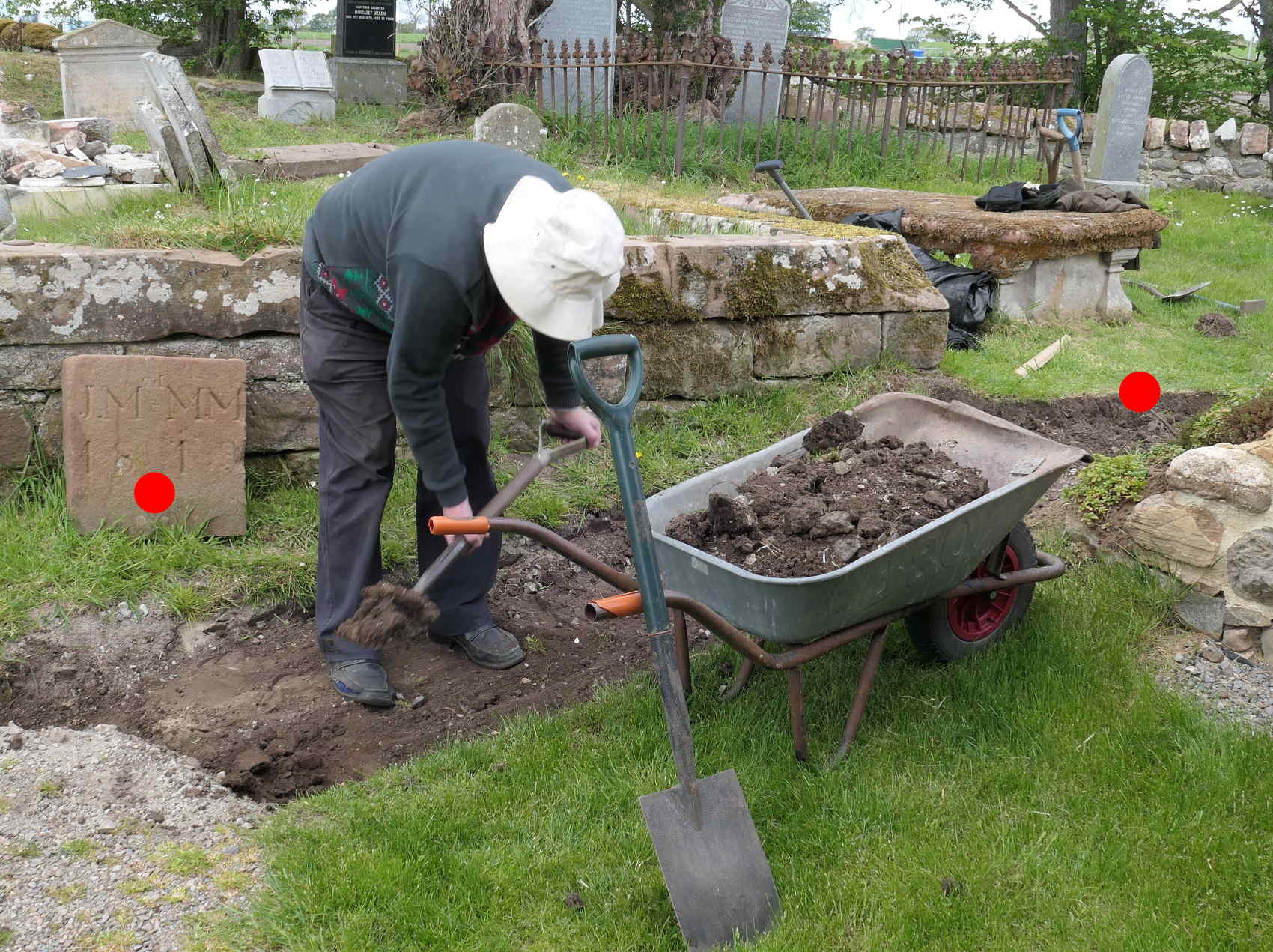 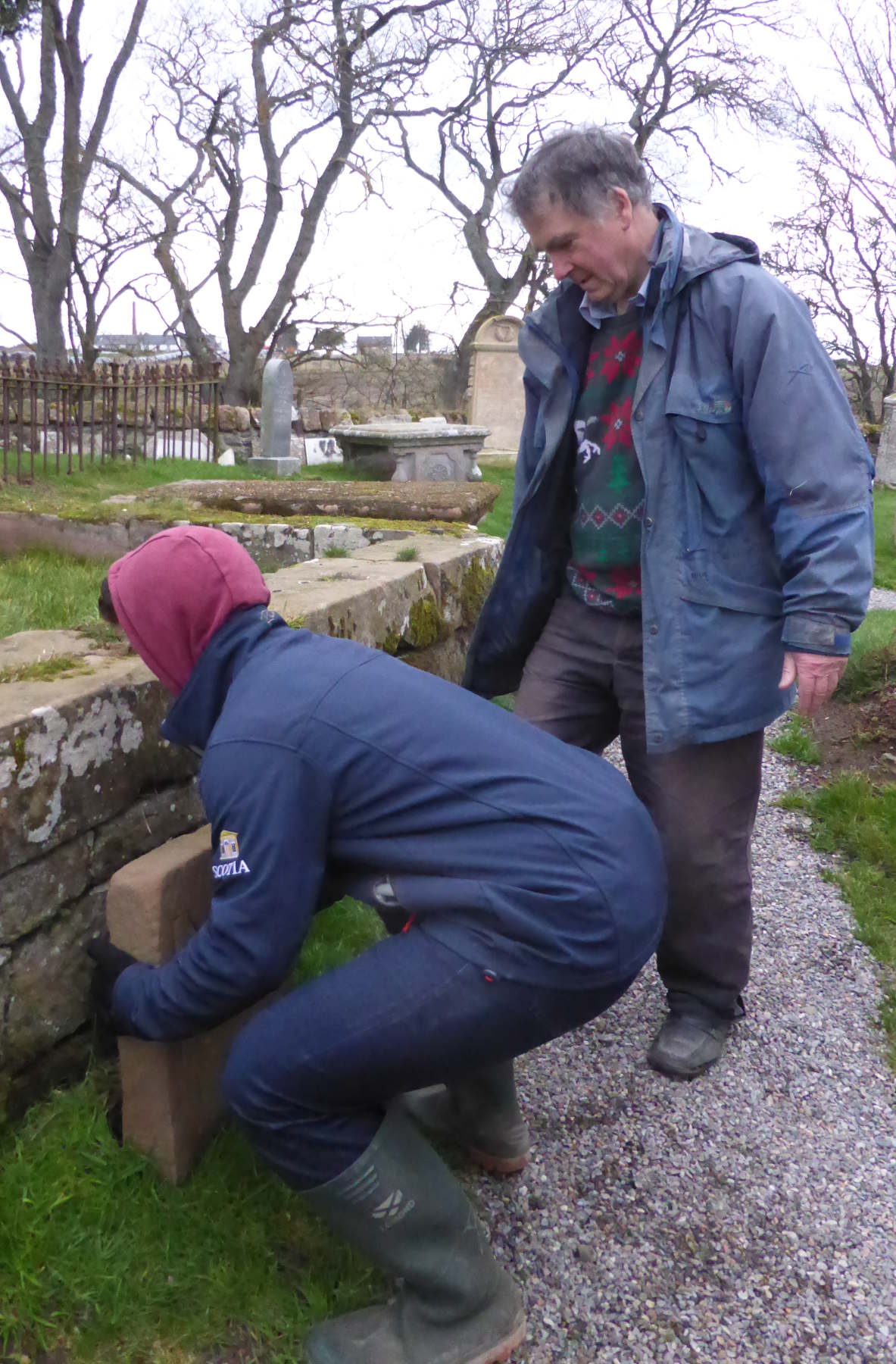 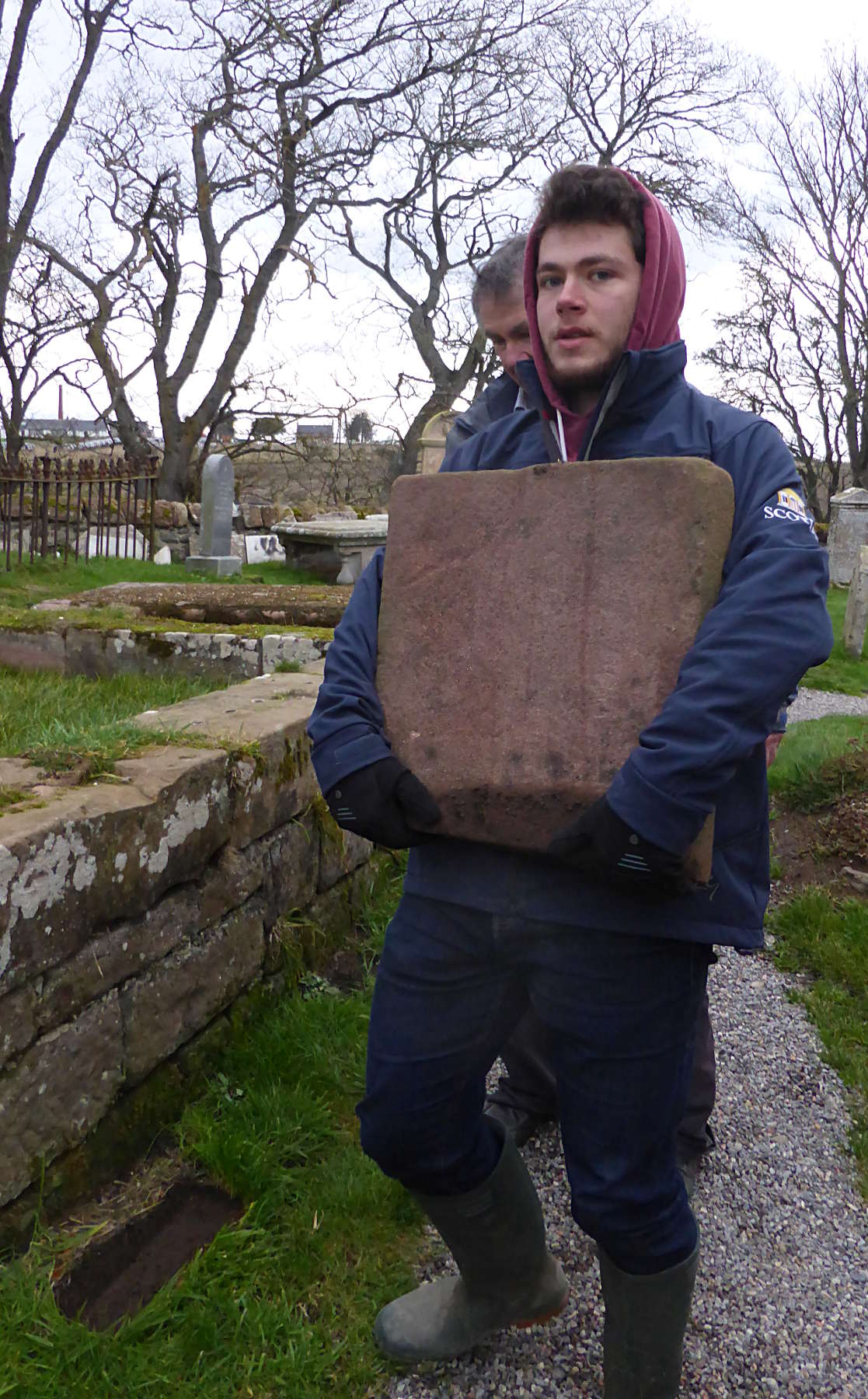 Whilst removing the layer of topsoil whilst extending the path around to the back of the buildings in 2018, we came across its base, protruding just at the edge of the new path. And what a strange base it was! It curved off to one side in a most erratic fashion and was, of course, unworked – none of the old headstones is worked below soil level. The masons were very pragmatic. We put it to one side until we had time to deal with it.

That winter both top and unusual base were taken back to my home to work on at leisure. We cut out three matching holes in top and base with diamond corers cooled with water – we didn’t want to use hammer drills on thin sandstone! 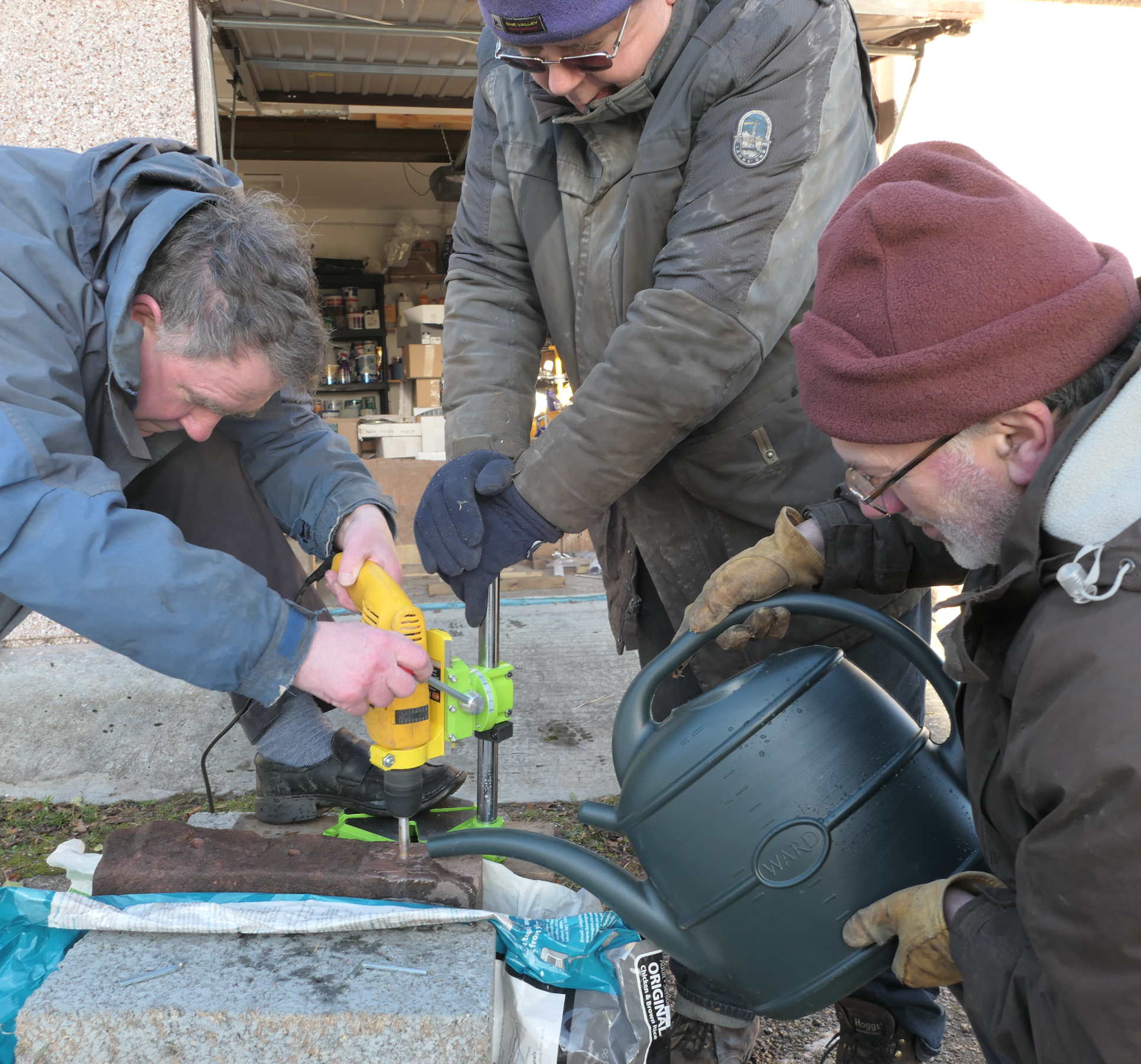 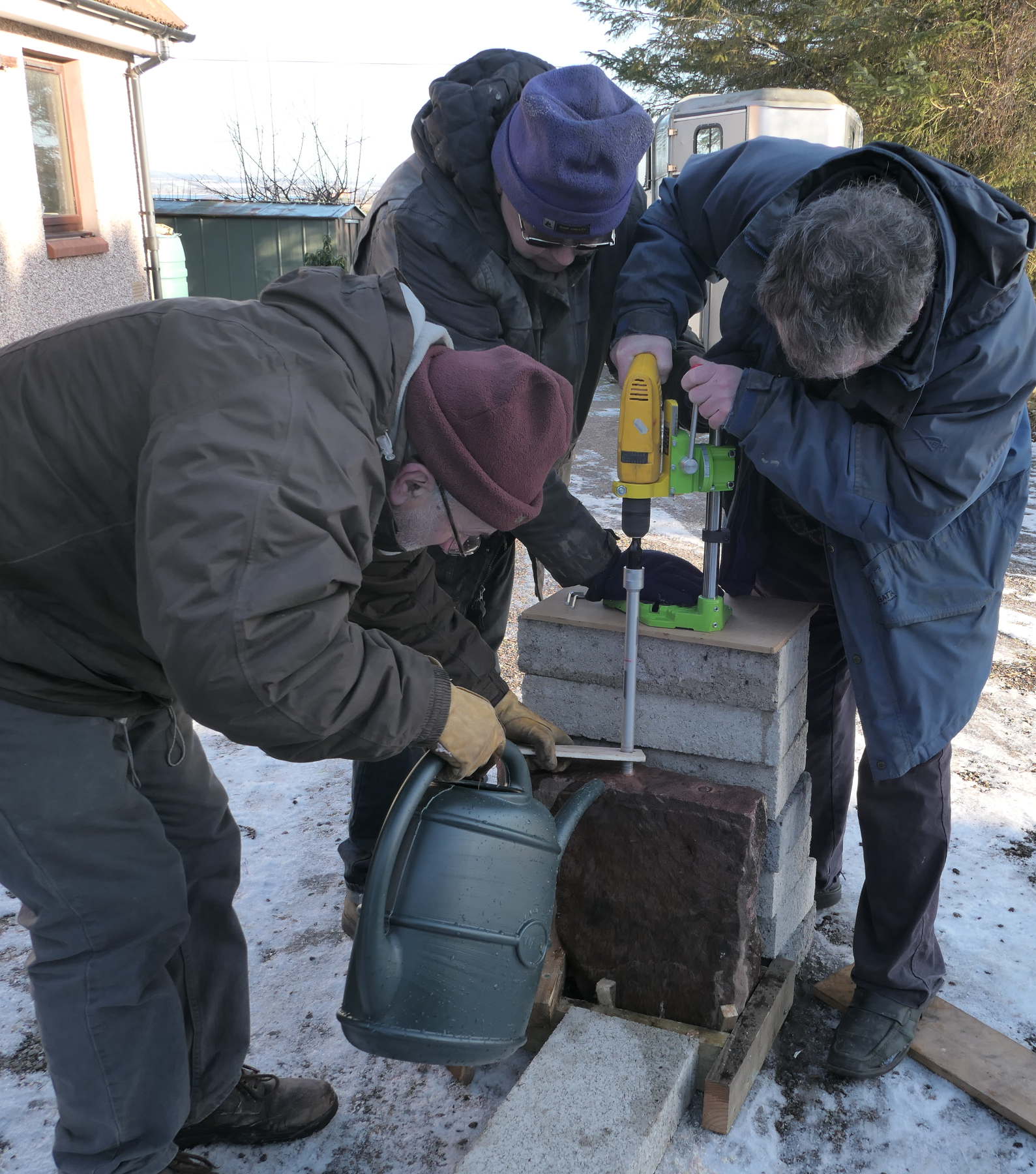 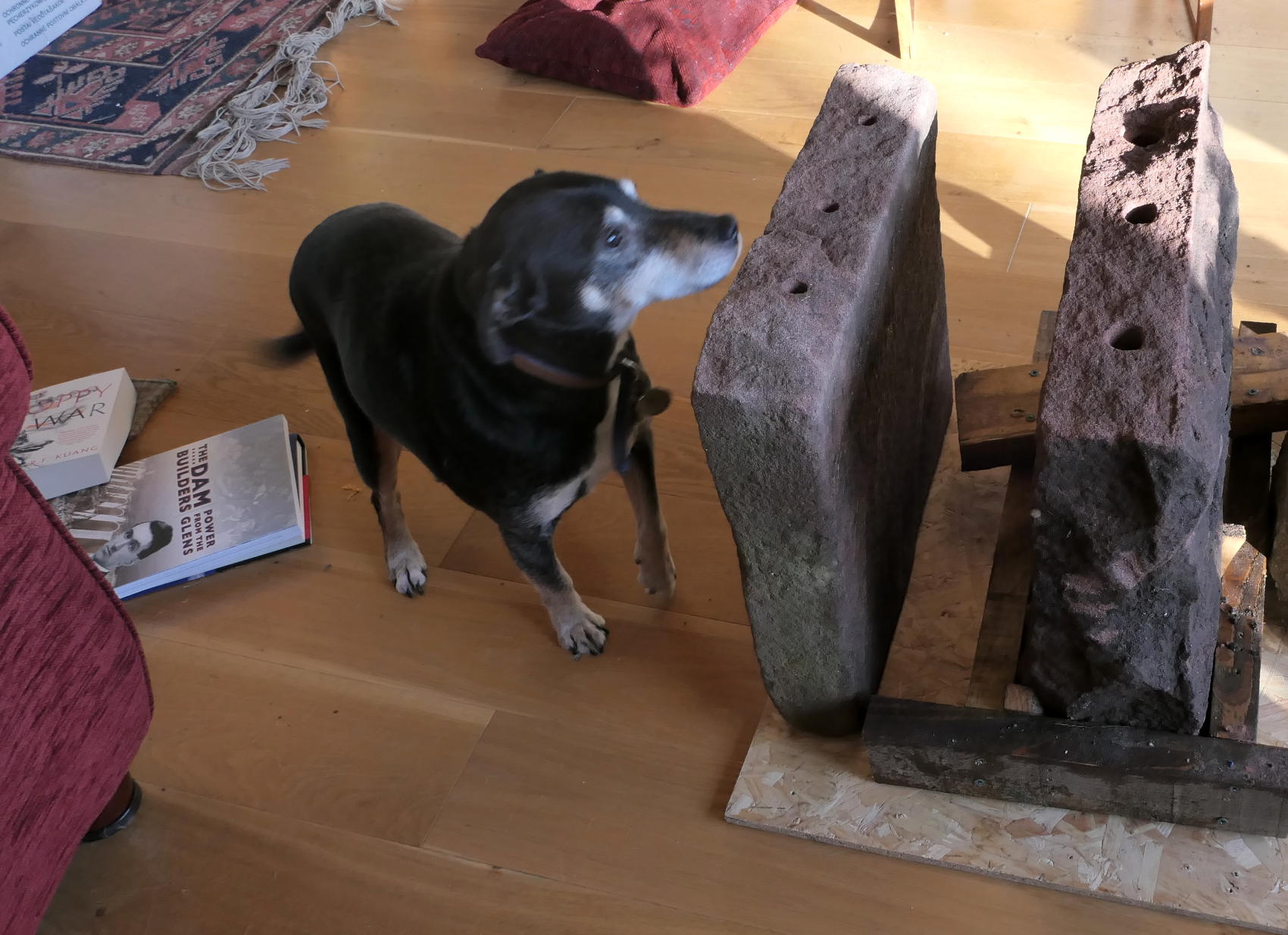 Having washed out all the drillholes (the stone surface has to be scrupulously clean for anchor resin), we carried the two halves into my living room to dry out. The top was easy to work with as it stood quite happily on any of its edges. However, the base had to be mounted in a wooden support with wedges to keep it firm. When dry the two halves were joined in February 2019 with three stainless steel threaded rods and anchor resin. 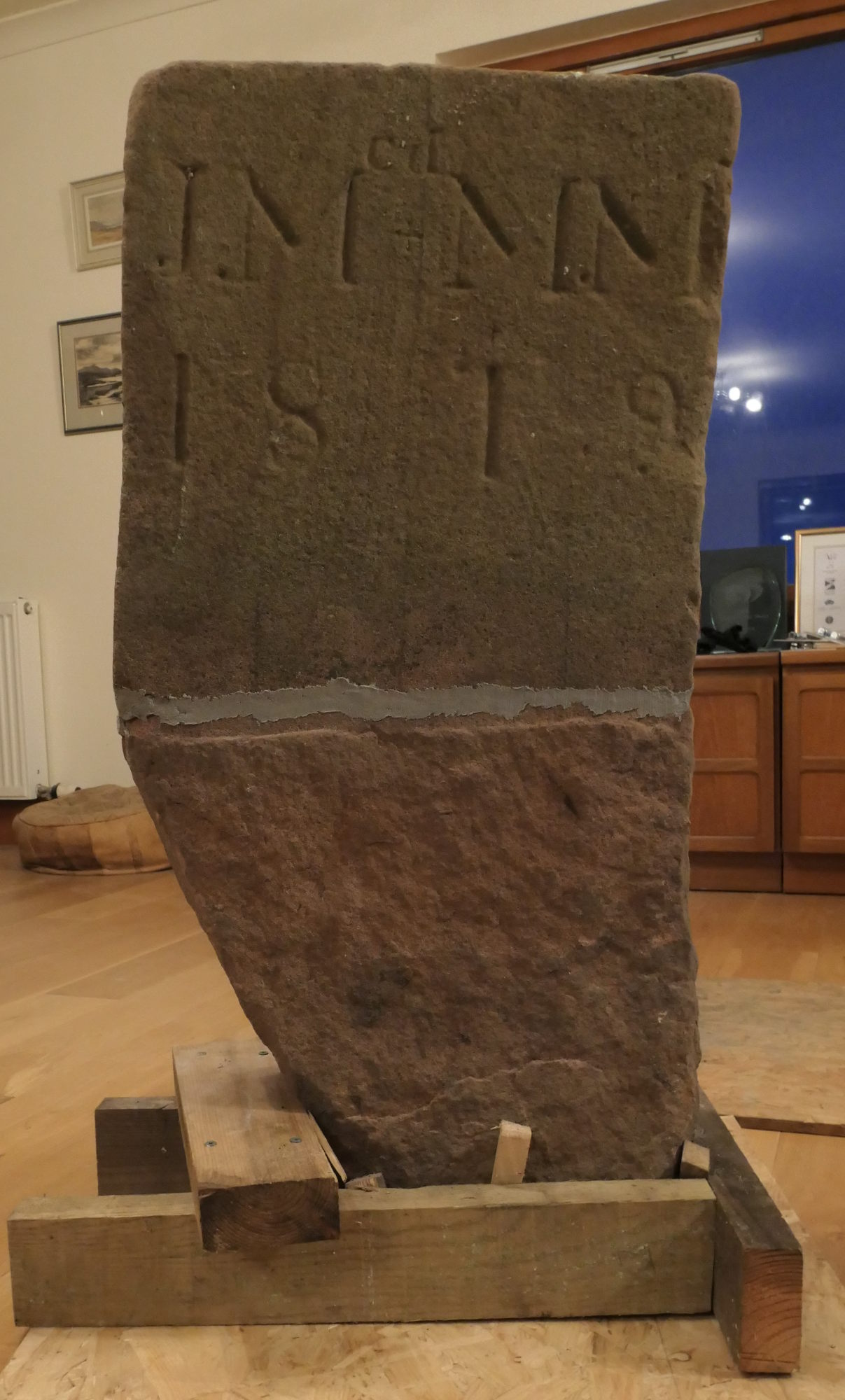 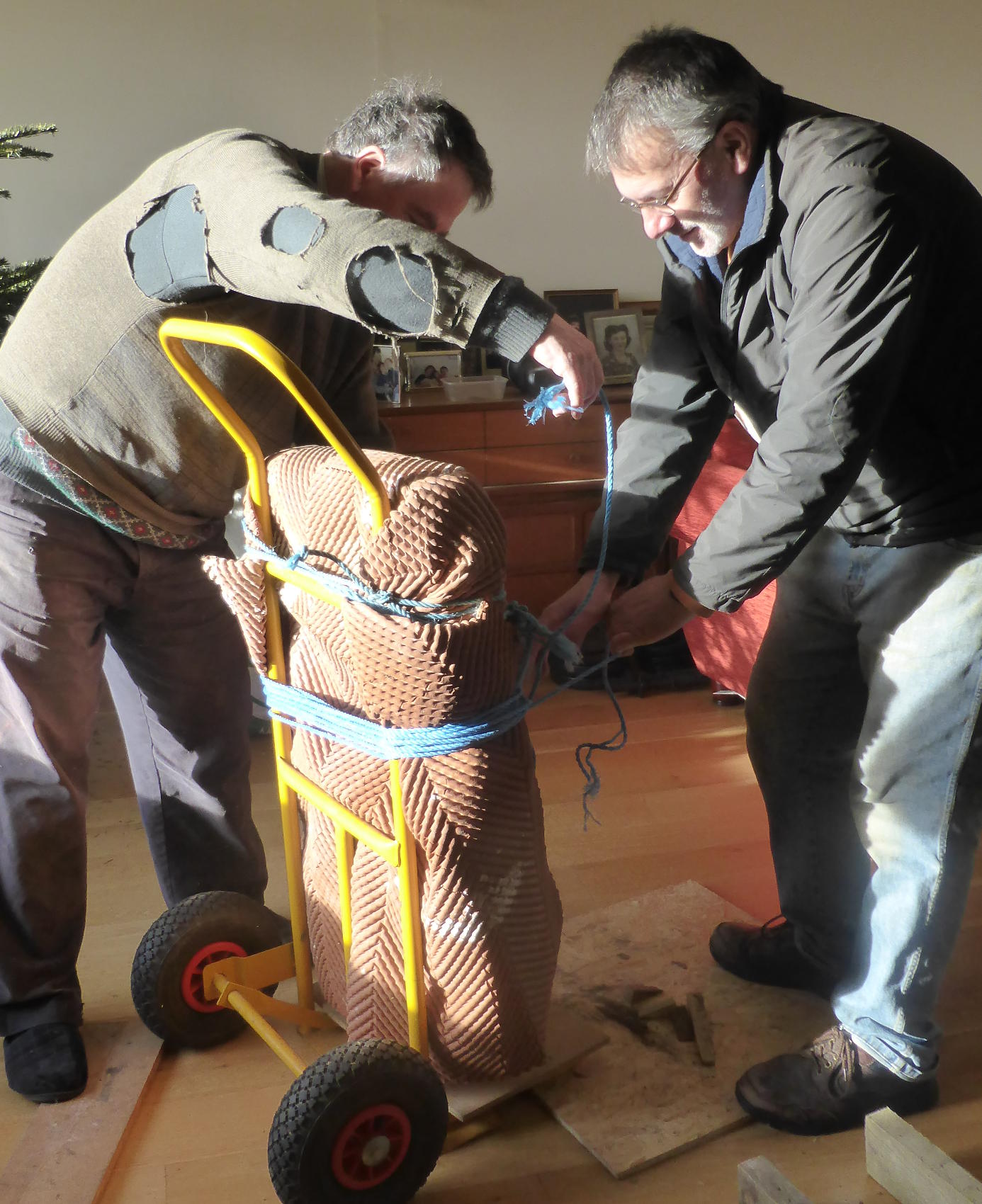 A slight problem then arose. While a strong person could carry each half into the house, getting the joined headstone outside again was more challenging! And there are many stumbling points getting down our patio. We solved the problem by wrapping the stone in rubber underlay and lashing it to a sackbarrow and three of us carrying the sackbarrow out to the old Kirkmichael Cartie, which in turn was pulled into the waiting horse-box. 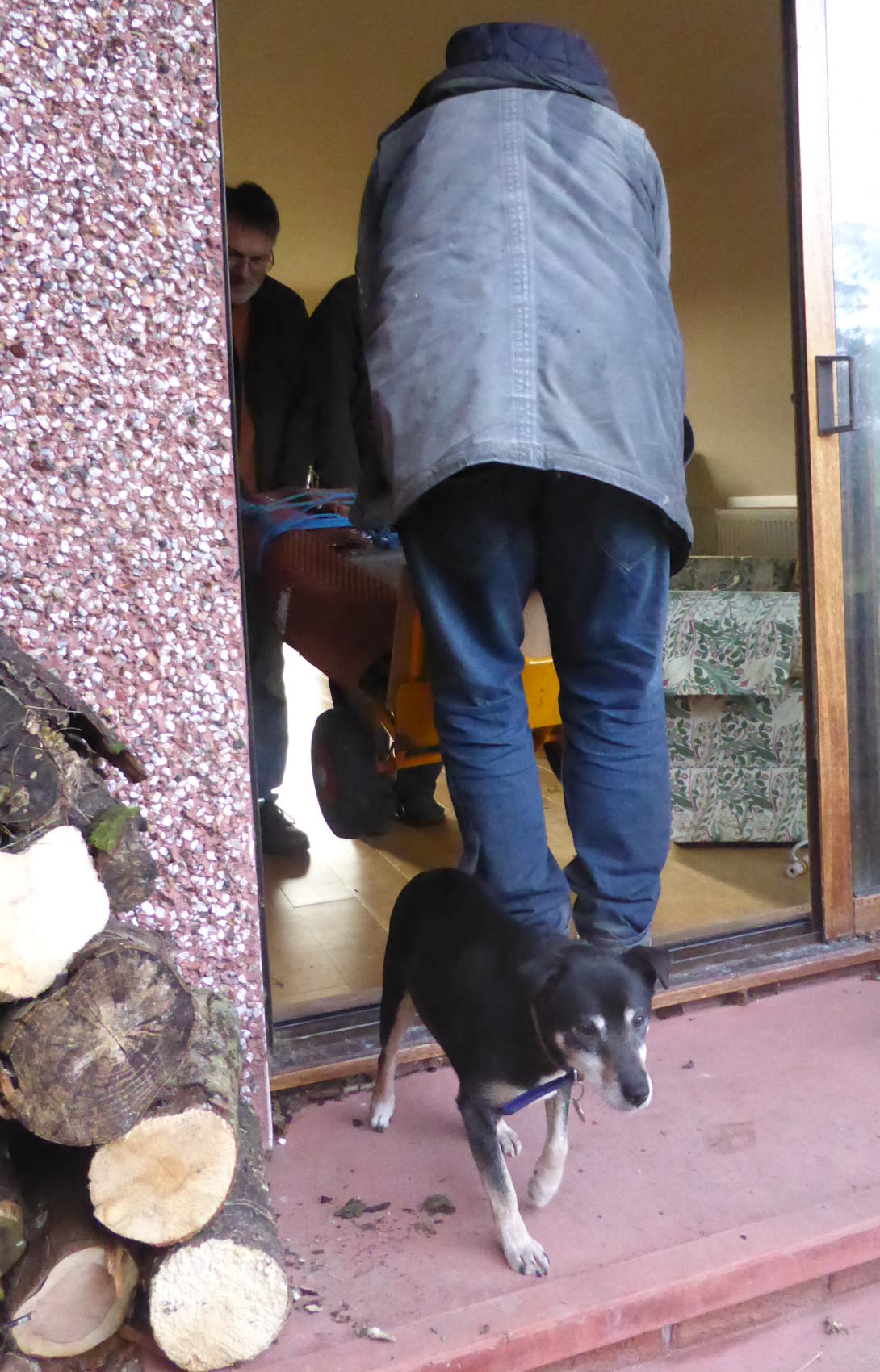 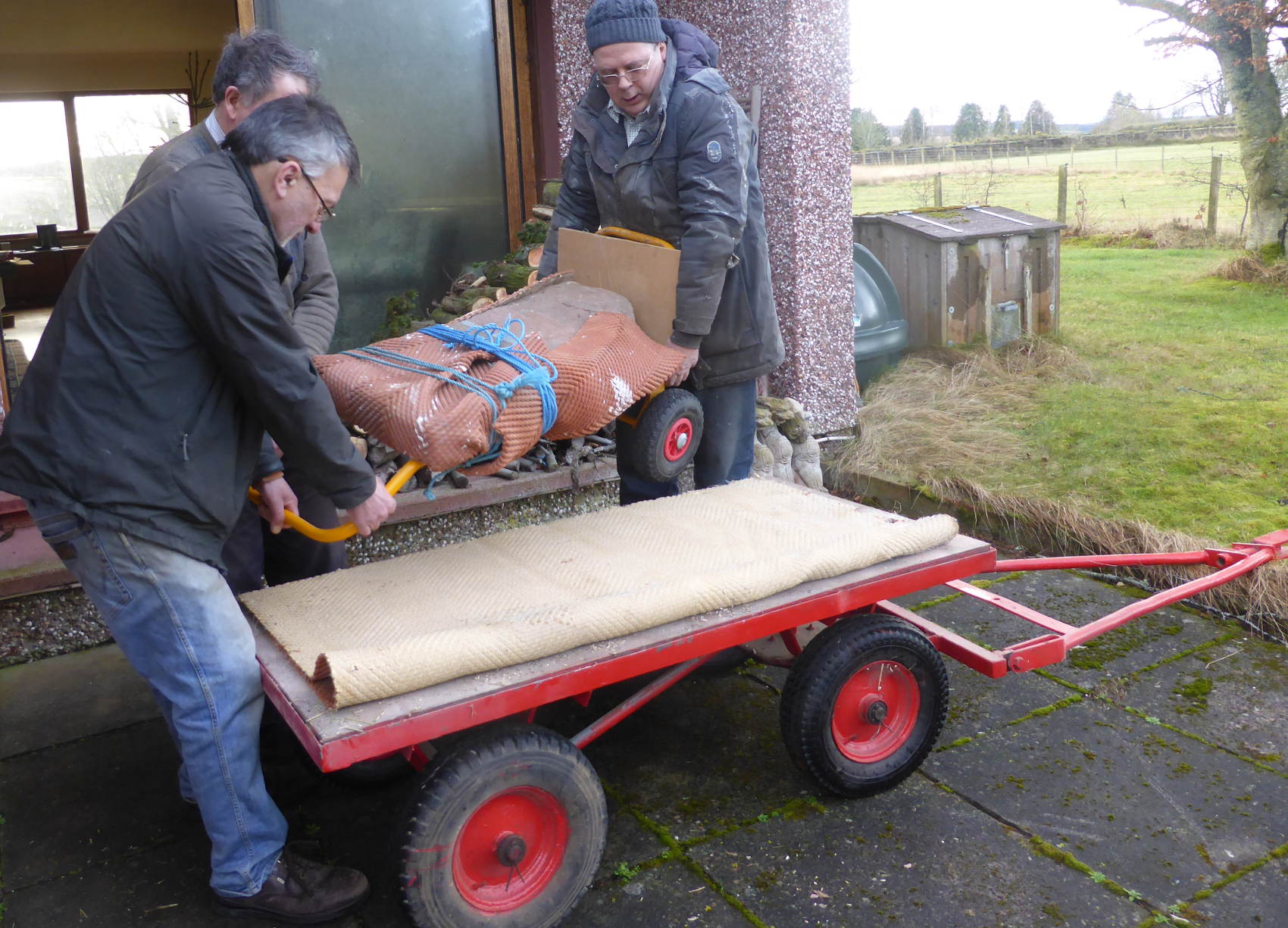 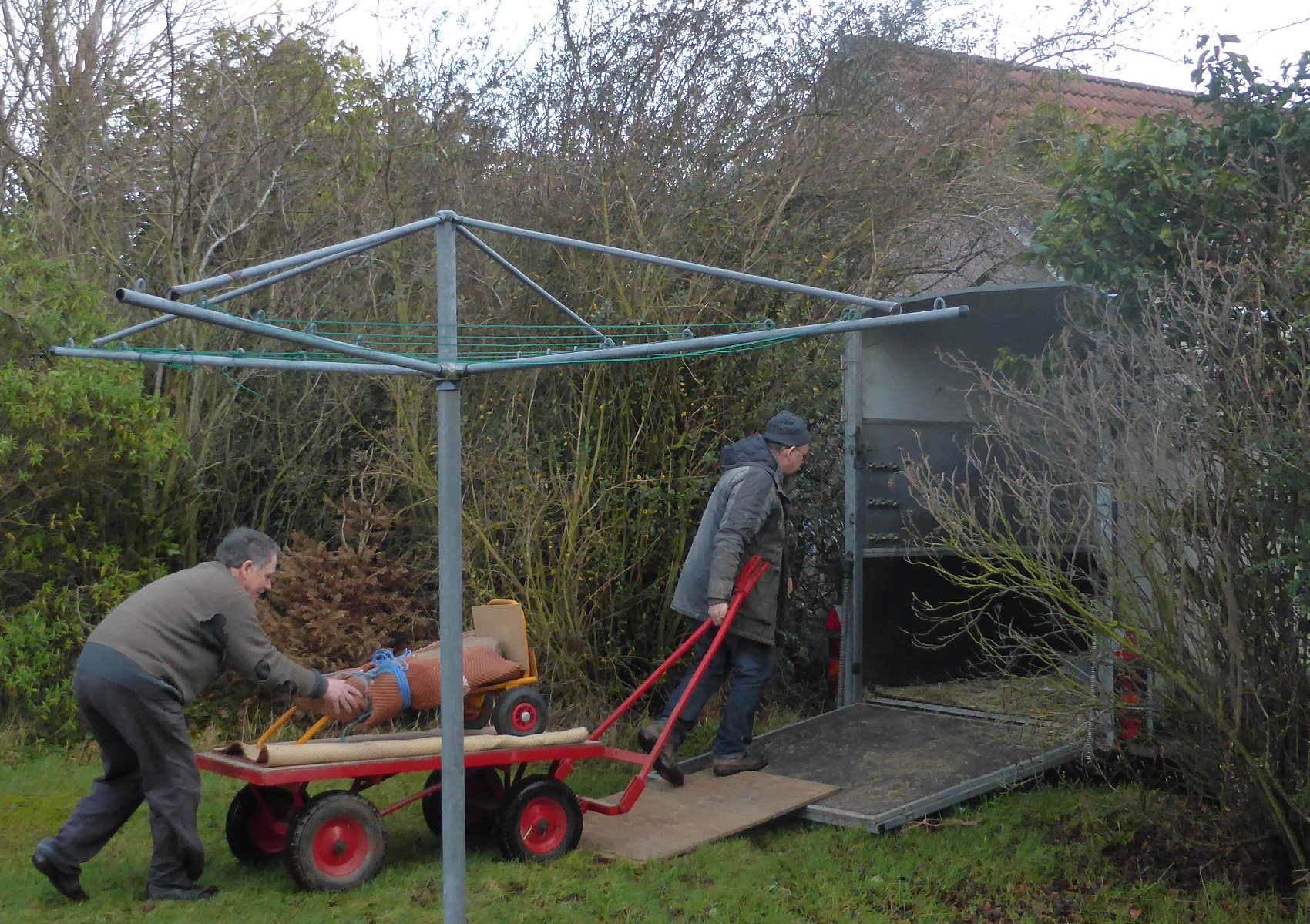 There were plenty more willing hands at the Kirkmichael end to return it to its previous location. A neat hole was excavated a few inches from where the headstone had previously stood and the oddly-shaped base disappeared underground to leave the neat top standing as if it had never been disturbed. 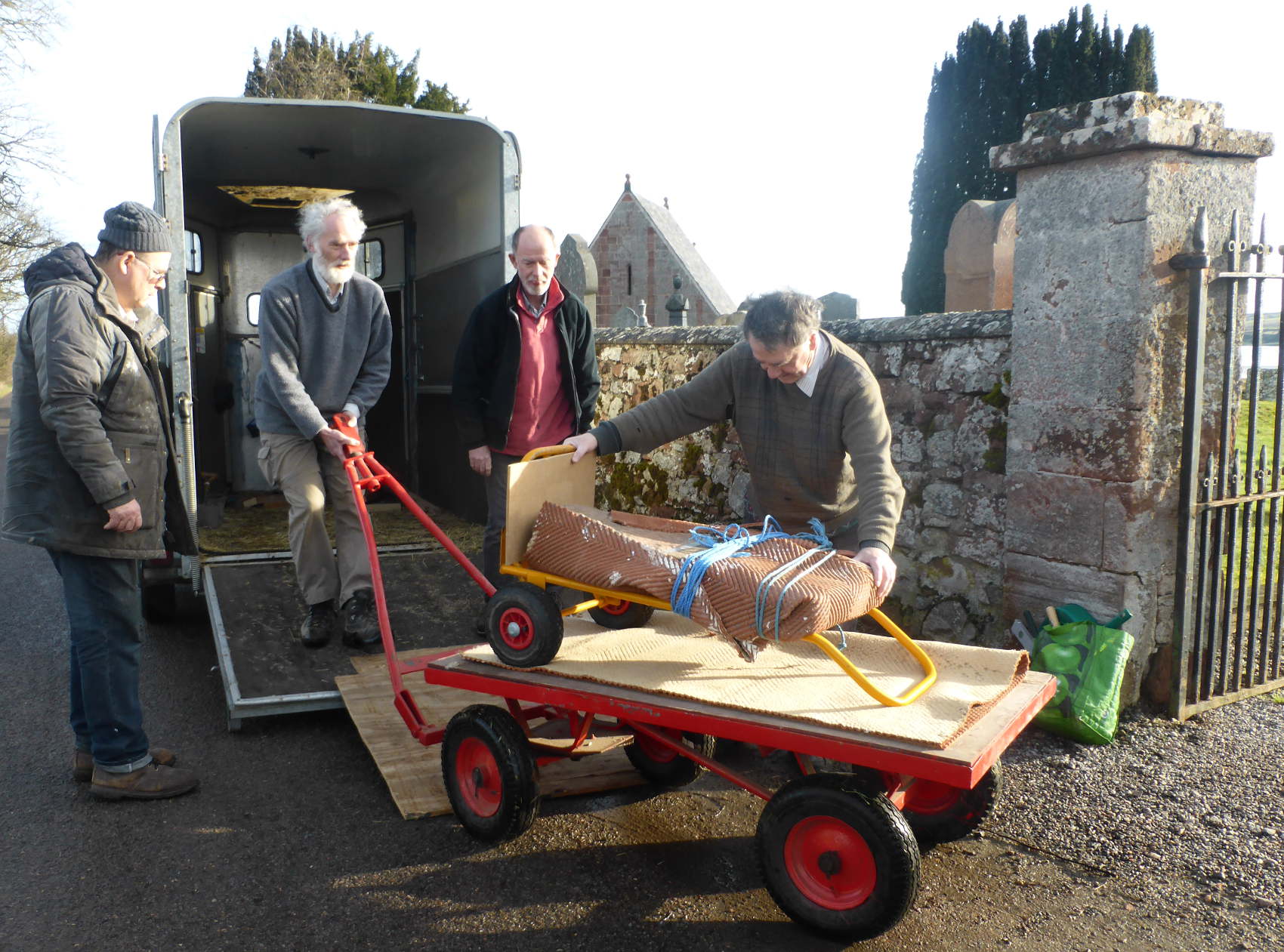 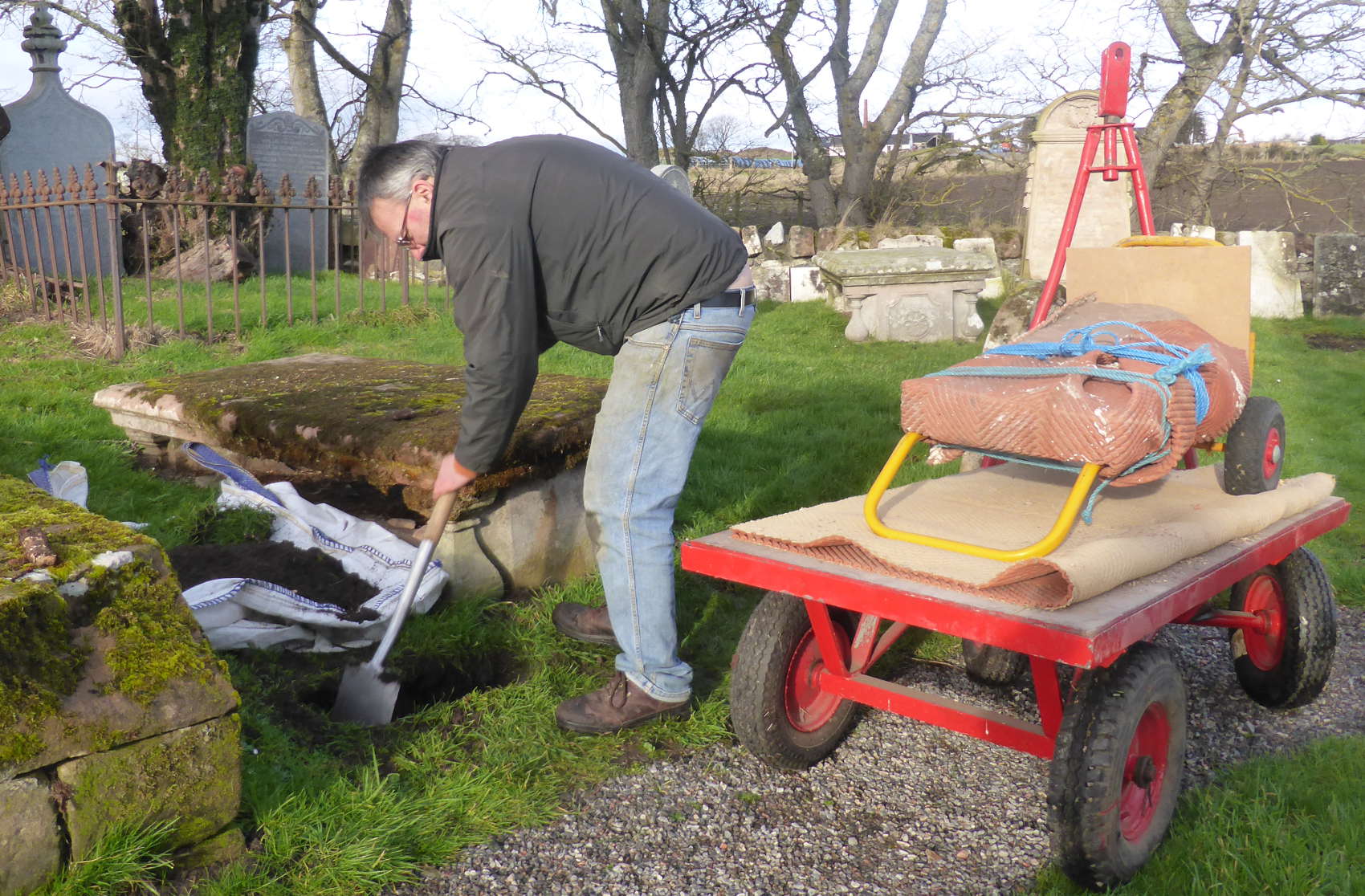 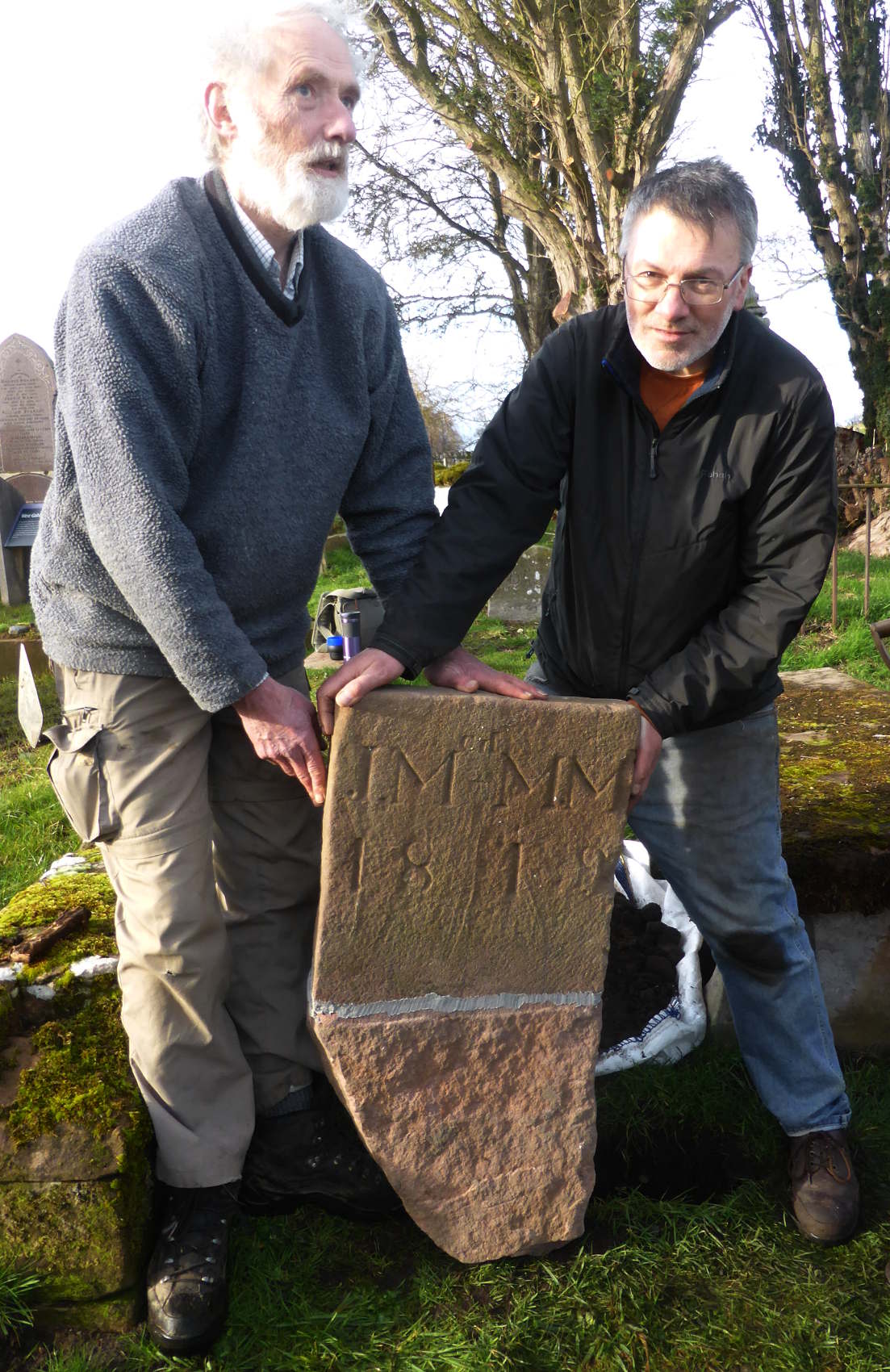 And the inscription? It is carved neatly, and simply reads:

Disappointingly, no married couple with this combination of initials could be found in Resolis in this period. Two possible families could be seen in the neighbouring parish of Urquhart, but without any evidence of either couple having moved to Resolis they simply remain as tantalising possibilities!

Davine published a popular Facebook post on the work on this headstone, reaching more than 1500 people, and we had a few suggestions of names from other researchers. However, as of this date the couple commemorated have not yet been identified. But it is surprising how answers do eventually come forward so we are hoping the family can be pieced together just like their memorial! 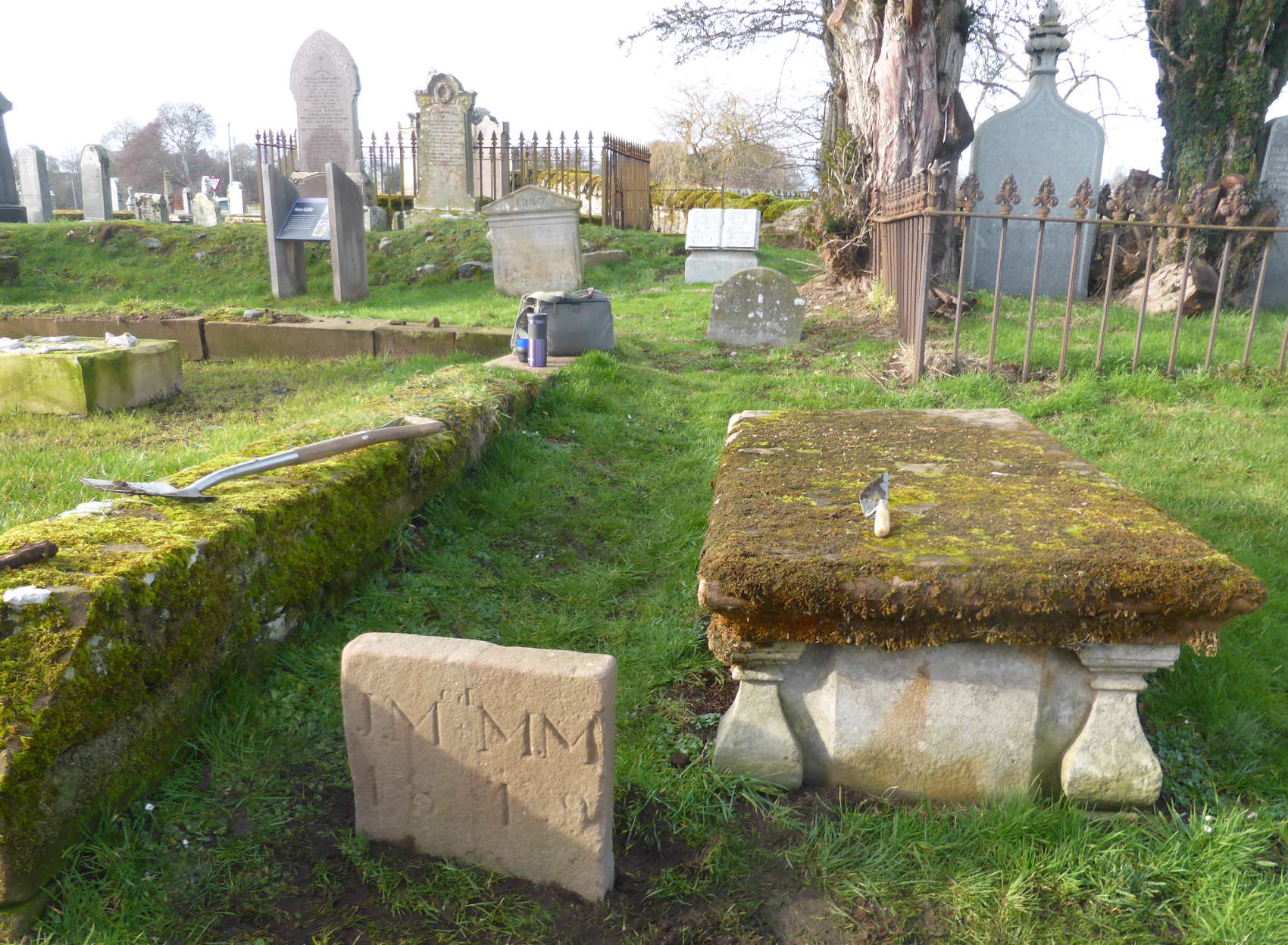