This is the story behind the different war memorials within the parish of Resolis. The main one, of course, is the granite memorial placed centrally within the parish, at the Resolis crossroads. The road between Conon Bridge and Cromarty runs east-west. Just to the south is our modern Resolis Primary School, and from that the steep brae runs down to the Free Church. To the north, the road runs down into Alness Ferry. It is an open spot, and Remembrance Sunday services can be chilly with the wind coming down off Ben Wyvis.

The war memorial was unveiled in 1921, at a ceremony attended by much of the Parish. Note the corrugated iron roofing on the house behind, once a common feature of houses in the parish. The display of crossed sword and rifle, the garland and the burning urn was a common assemblage of symbols, but gracefully and sombrely arranged on the Resolis war memorial. 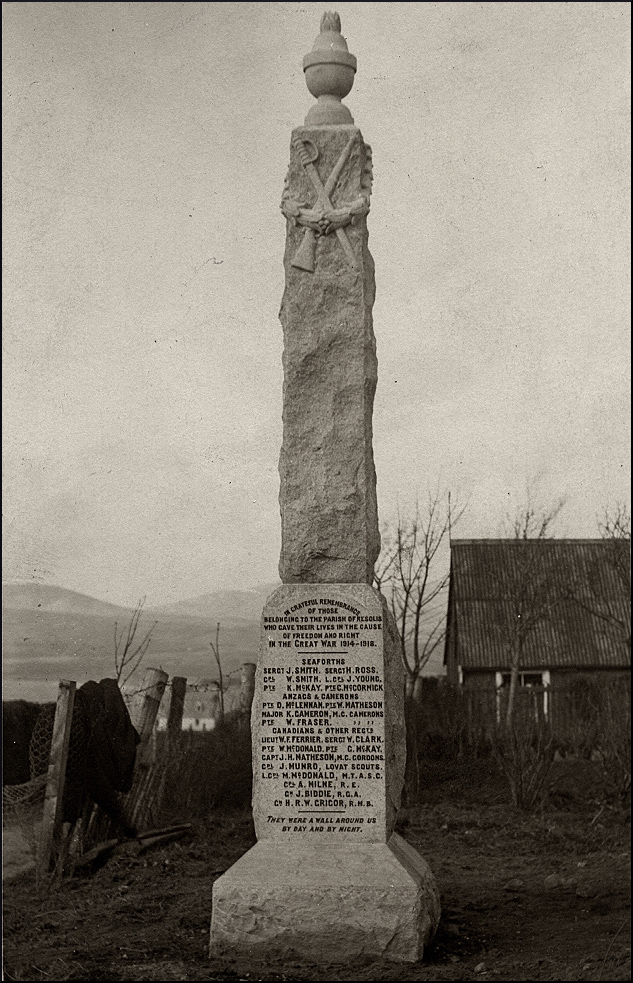 The war memorial soon after erection. 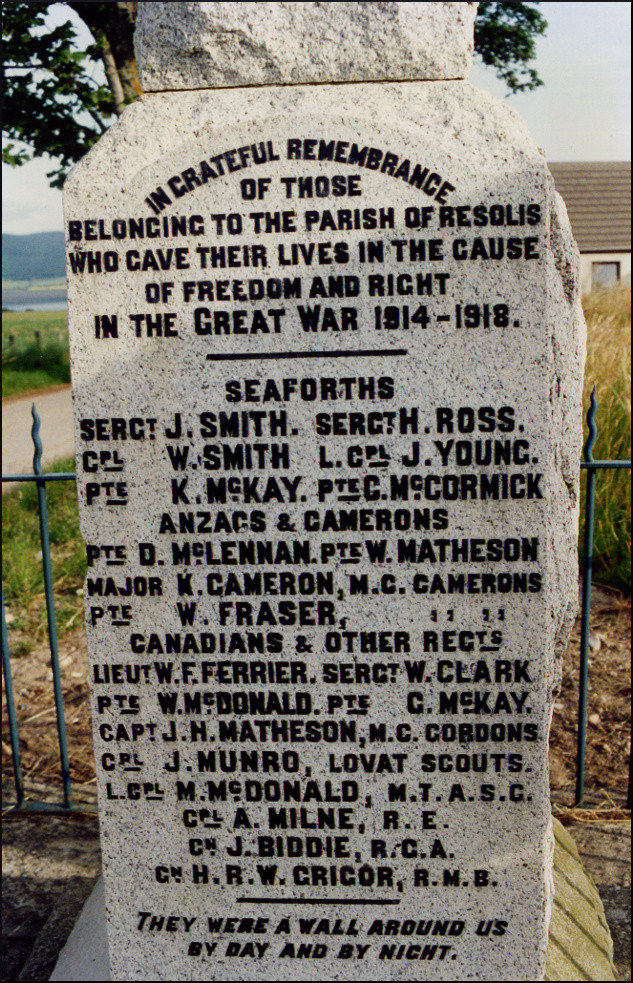 The Resolis men who fell in the First World War

"They were a wall around us
by day and by night"

Alas, the war to end all wars was followed in two decades by another global conflict, and the stone at Resolis Crossroads was to carry the names of the next generation of heroes from Resolis. 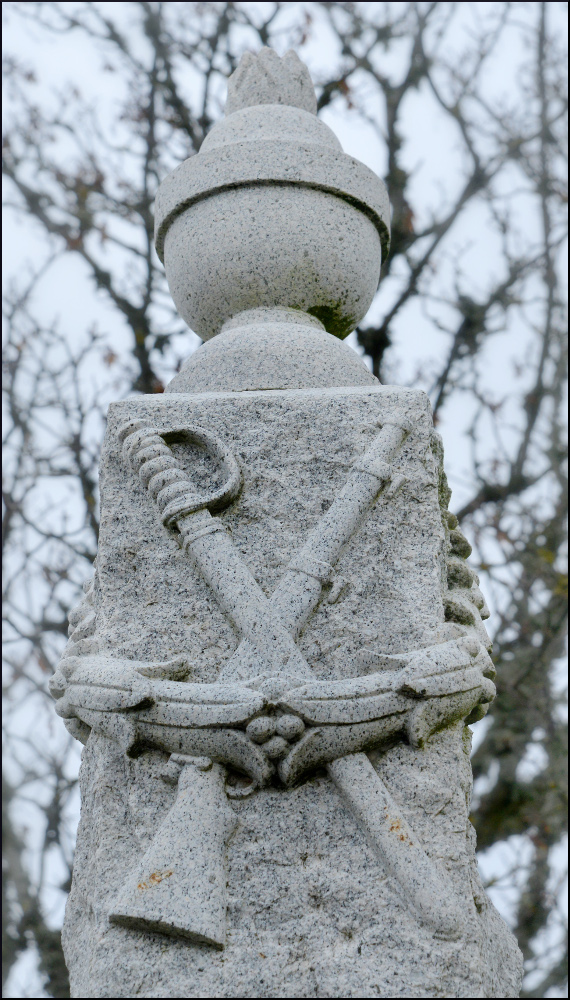 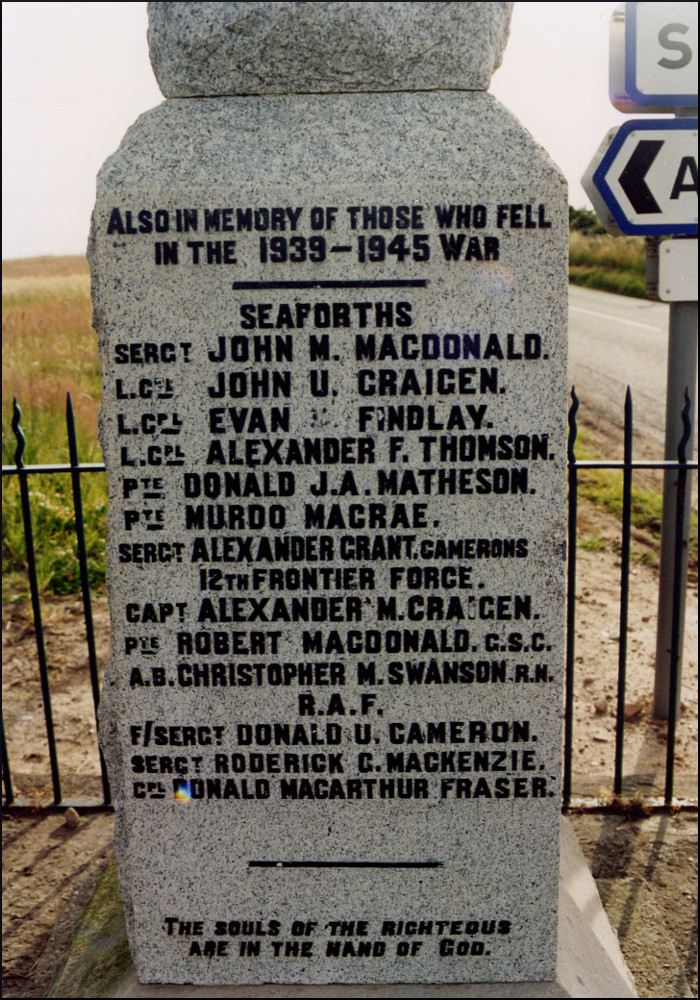 The Resolis men who fell in the Second World War

Formerly in the hall in Jemimaville hung the United Free Church Roll of Honour – a list of the people of the church who had participated in the Great War. This was not a roll of the dead but of those who had served. In more recent years, the Roll of Honour transferred to Resolis Hall. 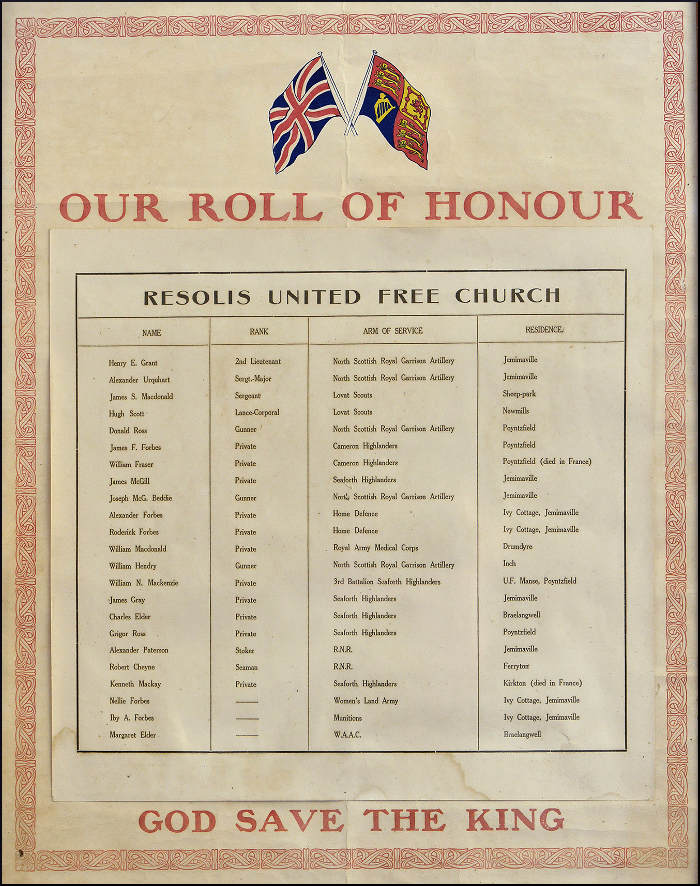 The Roll of Honour, now to be found in Resolis Hall

The Hall itself is a war memorial – originally entitled "Resolis Memorial Hall" it represents a remarkable community effort. Funded by the local community in the period following the Second World War, when money was scarce and in a time before community grants, with contributions in cash or in kind by everybody in the neighbourhood, it stands rank and file above other community halls of the period. Built on land gifted by Major Shaw of Tordarroch, it replaced a rickety wooden hall to the south. Many of the community have served on the Hall Committee over the years – even the current writer did a stint back 40 years ago! 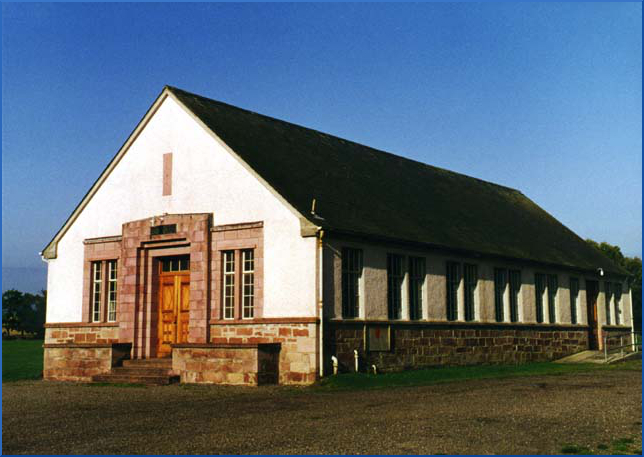 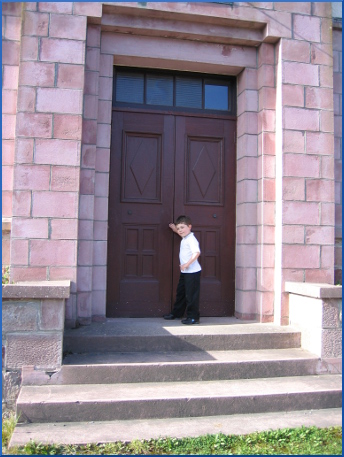 The doors were from the demolished Rosehaugh House.

The plans for a Hall were, in fact, put forward well before the Second World War, but questions over where to put it, design, dimensions, financial restrictions along with the war meant it wasn’t until the 1950s that the project took off. The context must be remembered: folk coming through a time of national emergency, rationing of food, fuel, restrictions on travel and probably a host of other things that even those living through the period will have forgotten about. A project such as a Hall/Community centre dedicated “In Memory” to those who gave their lives – now, that was something that inspired the people of Resolis.

“The Field” was a boggy, rough area. In fact the present Hall stands on what was a large, wet hole transformed by transporting loads of stones gathered, over the years, off fields on neighbouring farms, transforming it into solid foundation. Fergie Tractors, enthusiastic lads and lasses who grew up during “The War” to the fore!

Draining and cultivation with crops of potatoes turned the once boggy moor into an attractive field, when seeded with grass.

The work and time, all voluntary, by so many people and organisations, W.R.I., Parish Council, Young Farmers (CRU Club – the Cromarty, Resolis and Urquhart Young Farmers Club), Youth Club and many many more, made “Resolis Memorial Hall” what it is today. Hopefully, it will be for many years to come part of the fabric and life of Resolis and its people. James Holm adds: “Tales of and about ‘The Hall’are legend. You could write a book on it!”

Right from the outset, Resolis Memorial Hall was at the centre of community activities, hosting sports, dances, playgroups, slide-shows, talks, films, ceilidhs, speechmaking, plays, community meetings and a host of other events.

The Hall Committee in 1962, with local children bearing the parish Tercentenary Mugs

Opened in 1959 after many years of fund-raising, it shows what can be done by a community clear in purpose and determined to get things done. Rather like the Kirkmichael Project, in fact.